Not all Apparitions are perfect forms of ones self.


An Orb is seen here, what do you think? 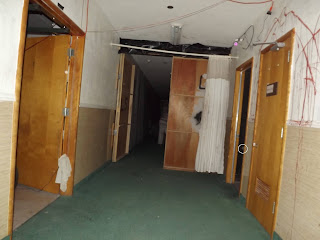 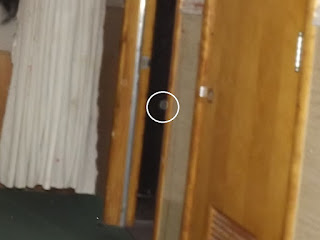 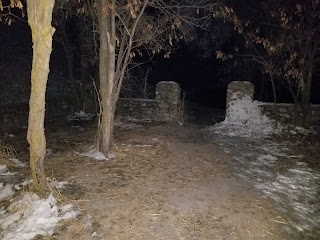 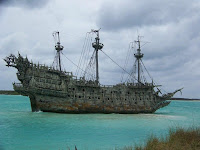 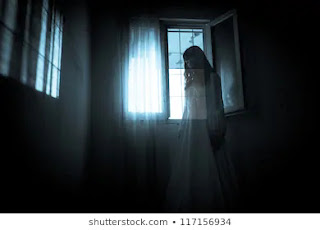 1.      History
Santaquin lies southeast of Utah Lake in southern Utah County.  It was originally settled in late 1851. It was also originally named Summit City because of its location near the summit of the divide between Utah Valley and Juab Valley.
Now, Summit City was being settled by Mormon pioneers who were attempting to settle nearby Payson to the north.  Then in 1856 it was renamed "Santaquin" for the son of Guffich, who was a local native chieftain that was friendly to the Mormon settlers.
Tensions started growing between the Mormon settlers and the Ute Indians which eventually resulted in the Walker War.
This war was named after Chief Walkara.  A lot of the settlers had a hard time pronouncing the names of the local Shoshone Indians.  It was either that or they tried giving more English names to them.
Any way.
The war was sparked on July 17, 1853 by a confrontation between a local Indian and James Anderson Ivie.  The Indian was upset with a trade gone bad between the settlers. This resulted in cold blooded murder of a band member, Shower-O-Cats, who was a relative of Walkara.
A Mormon militia unit went to Walkara's camp in Payson to try to work out a peaceful resolution and make a deal; however, no arrangement was agreed upon.
The Utes demanded retribution, and wanted the death of a Euro-American, life for life. The Mormons refused this notion and a Ute Indian wanting justice, shot and killed settler Alexander Keele on July 18, 1853.
Walkara and his warriors began conducting raids against Mormon outposts in central and southern Utah; while in turn pioneer militias retaliated.
The Walker War ended with many casualties about one year later with a somewhat friendly neutral understanding, this was personally negotiated between Brigham Young and Chieftain Walkara that was finalized in May 1854.

Recent History
Leslie’s Family Tree was built in 1974 and served as a floral shop on one side and the local bar on the other.  Downstairs however was were the real fun was, with boxing matches, gambling and a for better terms a brothel.  In 1986 Leslie’s Family Tree became a restaurant.

There was a young boy who lived in the area, who had drowned in a canal close to the diner that is said to been seen and heard.
A woman in blue dress has been seen walking through the restaurant.  Also, things like chairs and kitchen ware are said to move on their own.
Kids can be heard and seen in the main dining area of the restaurant as well as in the meeting room.
A couple not so friendly spirits are also known to be haunting this diner.  One by the bathrooms to the East of the building who particularly likes to scratch and make his presence known that way.
Another interesting, we will say entity is in the cold dark basement.  Some say it is a golem like creature but others think it might be a darker presence all together that isn’t too fond of visitors coming into its space.
When it’s all said and done, I think there is more spirits than can be counted in this location.

Not all Apparitions are perfect forms of ones self. An Orb is seen here, what do you think? Corner in an under ground tunnel s...

Paranormal Prep
This is Paranormal Prep, Academy for Supernatural Studies. I am here to educate individuals on the paranormal and supernatural. To teach about ghost hunting, equipment, investigations and evidence. To understand the things that go bump in the night might not always be something to be afraid of. I will walk you through my ghost hunts like old school radio. Also I will talk about the myths and misunderstandings of the paranormal.